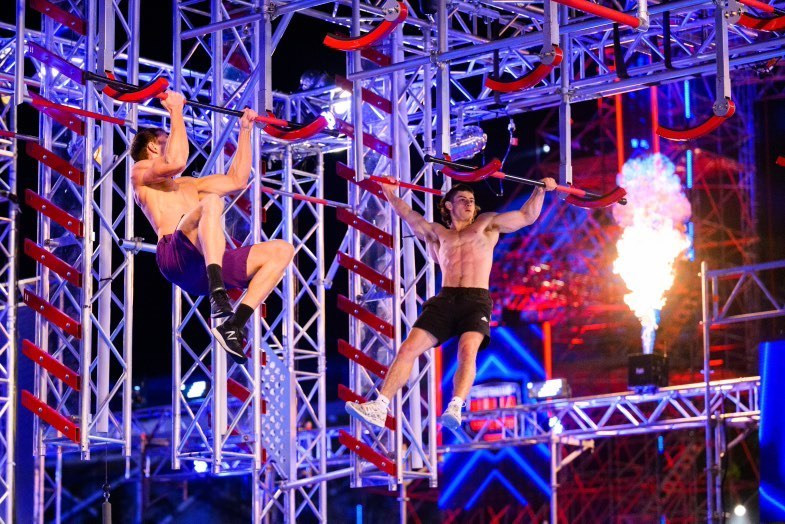 If you tuned into season six of Australian Ninja Warrior this year then you might recognise our guest in today’s interview!  Josh De-Roo, UNE Sports Academy student by day and Ninja Warrior by night!

Josh has a knack for remaining calm under pressure and finding enjoyment in high-level competitions. We got nervous just watching Josh take out long-time Ninja competitors (and even his own brother) to make it to the first heat in the Ninja Warrior Grand final (that was pretty impressive!). Recently, Josh competed in the Gymnastics Country Championships where he achieved second place overall, and came home with gold on the floor and on the horizontal bar, and silver on the rings, pommel, vault, and parallel bars.

After speaking with Josh it became clear that he is an absolute go-getter, balancing his love for animals, gymnastics, and college life, all the while competing on a national stage. Read on to find out more about the second-year Zoology student as we talk all things Ninja, sport & study!

Tell us a little about yourself!

I’m from Baulkham Hills in Sydney and am currently living on the UNE Armidale Campus at Mary White college while I complete a Bachelor of Zoology. When I’m not studying I’m either playing video games or participating in as many sports as possible!

What have you enjoyed so far about your studies at UNE?

I’ve enjoyed meeting people with the same passion for animals as me!  I’ve also really enjoyed my zoology practicals, they’ve been pretty entertaining!

What inspired you to want to study Zoology?

I’ve wanted to work with animals ever since I was a young boy. I use to dream of buying a property to farm my own animals, that was until I spent a couple of nights camping in the Sumatran Jungle in Indonesia where I saw wild orangutans and so many other amazing animals. That really sparked my interest in exotic animals and I just thought it would be so cool to work with them. That’s what led me toward studying Zoology at UNE.

Tell us a little bit about your career in gymnastics?

I began gymnastics eight years ago when I was about 11 years old and have never looked back! I was State Champion in my first ever state competition before holding that title two more times as a junior. After I reached the senior levels, I was selected for the National Gymnastics team where I was vault and horizontal bar champion two years in a row. I was also selected to travel to New Zealand where I represented Australia and took home gold on the vault and the horizontal bars. It’s been an incredible journey – but I’ve found it a little harder to maintain my training since COVID and beginning university. 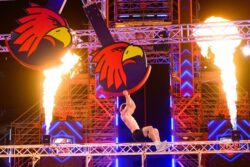 What inspired you to want to try out for Ninja Warrior Australia?

I’ve dreamed of being an Australian Ninja Warrior for so long! I was a fan of the American Ninja Warrior long before the Australian season began airing. It took six years of waiting before I was old enough to apply for the show. As soon as I could, I tried out. One of my previous gymnastic coaches competed in season 2 and so it was great to have him guide me with the application process.

What has your experience been like as a Ninja Warrior contestant?

It was such a great experience being there with the best of the best in Australian Ninjas! You get a rush of adrenaline being on that course, knowing you have to push your hardest to make it as far as you can and as quickly as you can! You can’t judge a book by its cover when it comes to those courses. Some I thought would be easier than others – and I learned otherwise. Experience is really important for Ninjas. The more we compete, the more we learn the different obstacles and how to maneuver them, which has made me keen to try out again next year.

What was it like competing against your brother during the competition?

It was nerve-racking knowing I was going against my brother because I know we are similar in everything we do, and so there was a chance that he could beat me. But I needed to have the bragging rights, and for everyone to see that on television too.😉

Do you get nervous before a competition – particularly one that is broadcasted nationally?!

I actually don’t get nervous during my Ninja run or before competitions. I’m usually full of excitement and just can’t wait to have a crack and try my best!

You’ve got your hands full competing in high-level gymnastics whilst balancing your studies – how has this shaped your UNE experience?

UNE has been really accommodating to my studies! The teachers are there ready to help out with any questions I have, and the UNE Sports Academy has helped with maintaining my training. Gymnastics is such a strenuous sport on the body, especially because I’m training four hours every day, which can make it difficult to balance my uni life. However, it hasn’t stopped me from putting up my hand to join many sporting clubs at UNE, and I’ve had a blast playing volleyball, oz-tag, netball, touch, and basketball!

What’s next for you in terms of your own goals and aspirations?

I’ve got my eyes set on joining the Australian Gymnastics team next year after I start full-time training for the state team selections. Next year I will also be re-entering for Season 7 of the Australian Ninja Warrior, and I’m determined to make it to the end, especially now that I know what to expect!

Thank you Josh for taking the time to speak with us today! It was so exciting to see you compete on Ninja Warrior this year, and we cant wait to see you take on the course next year. There is talk that Ninja Warrior is being considered as a fifth discipline for the Pentathlon in the Los Angeles 2028 Summer Olympics, something we know for sure Josh will put his hand up if given the chance. Watch this space!

UNE Sports Academy was established in 2018 as a high-performance pathway for competitive athletes choosing to complete their studies at UNE. The Academy assists student-athletes to balance their studies whilst meeting the high demands of representative-level sport.

4 reasons why you should try Zumba