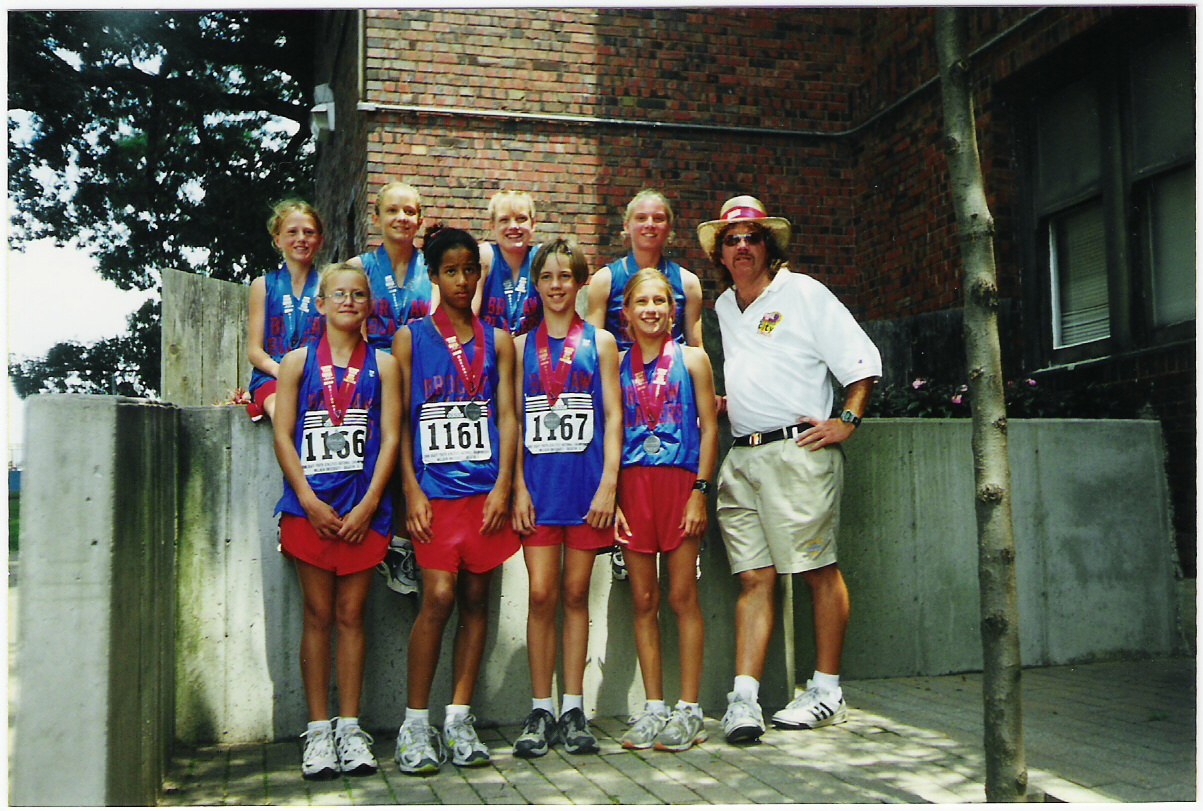 In 1987 Coach (David) Ramsey spent ‘the best year of his life’ at UNE’s Earle Page College (EPC). The aspect Coach Ramsey liked most about his time at EPC was the exceptional nature of the people he met.  ‘Even though I have travelled around the world and been to many scenically beautiful places, the quality of people I met at EPC was second to none.’  In fact Coach notes ‘It is hard to imagine anyone not enjoying their time at UNE and in particular Earle Page College!’

In order to best describe the kind of camaraderie and mateship he experienced at the college, he spoke about an event that was held close to the end of his time in Armidale. He convinced D-Block to host a ‘going away party.’ Coach decided with the help of several of his mates that the festivities should include a ‘roast’ of members of the group. One of Coach’s mates said he wanted to give the first award ‘roast.’ This was outside the agreed program so Coach was a tad taken aback. You see Coach had organised the venue and the run sheet for the night. His mate then got up and presented David with an unexpected award – The Gullibility and Slavery Award. This was coupled with the quip ‘David Ramsey thinks this is D block’s going away party. But in actual fact, this is David’s leaving party. The best part of it is he actually organised the whole thing himself!!’ David- who was known as the ultimate prankster in D-Block had finally been pranked successfully!

David really took advantage of his time at Earle Page College and Armidale. He played on three basketball teams and coached three teams.  He represented UNE in both basketball and track and field. He also introduced the game of ‘Murder’ to the college. Perhaps David’s most impressive achievement at EPC was the mullet he grew after a lifetime of short hair! 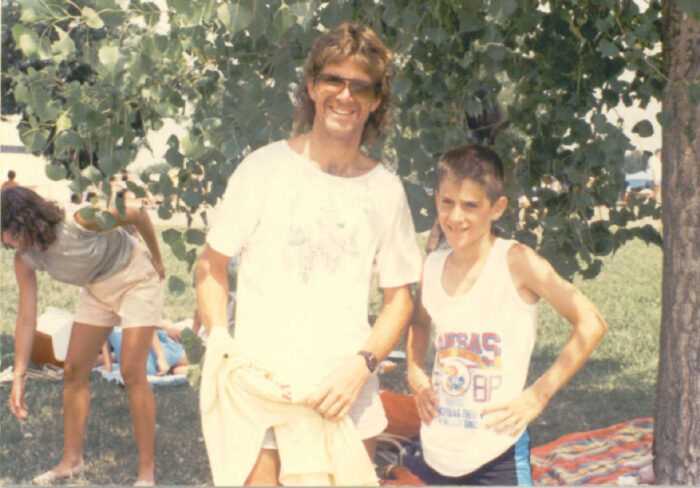 In terms of his involvement with the 1987 Coast Run, David had no idea what he was getting himself into. He was always up for a challenge though and didn’t let his lack of training for the event impact on his performance. Always being a naturally competitive person, Coach Ramsey had two goals when it came to the Coast Run. These were to raise the most amount of money for the charity they were supporting and to run further than anyone else. His goal was to run 80kms and he achieved it!!

Coach has forged an impressive career in track and field coaching. He now runs the Brocaw Blazers which is a youth cross country running club. The club was named after the Brocaw family who were coached by David. Unfortunately 5 out of 6 members of the Brocaw family died in a car accident in 1988. The only member of the family who survived was the daughter who has now become like a daughter to David. Coach wanted to honour the family by naming his club after them.

When I asked Coach about his career highlights he was humble to say the least. He spoke of working with 35 Olympians who participated in the Sydney Olympics. He noted he didn’t attend the Olympics though as it was more important for him to stay in the US and work with the kids he trained. Instead, his highlights relate to the impact he has on people and kids in particular.

‘I love seeing kids smile after they have achieved something they never would have thought was possible.’

Over his career, he has trained at least 5,000 kids. He even makes sure he rings his kids on their birthdays. He said ‘some of the kids have done very well and I have even had some sub-4-minute milers.’ He notes though that this is not important and instead the quality of them as human beings is much more important!’

Coach visited Australia in 2015. He was excited to catch up with Brent Gregory who was the original founder of the Coast Run event. When David was visiting the college 27 years later he was thrilled to learn that his legacy had survived and people still knew who he was!

Thank you Coach for having such a positive impact on both Earle Page College and kids around the world!

This year the marks the 40th anniversary of the EPC Coast Run, and even in these hard times, they are kicking goals and helping others do some good! This year EPC Coast Run goes Global – you can join this journey from anywhere in the world!