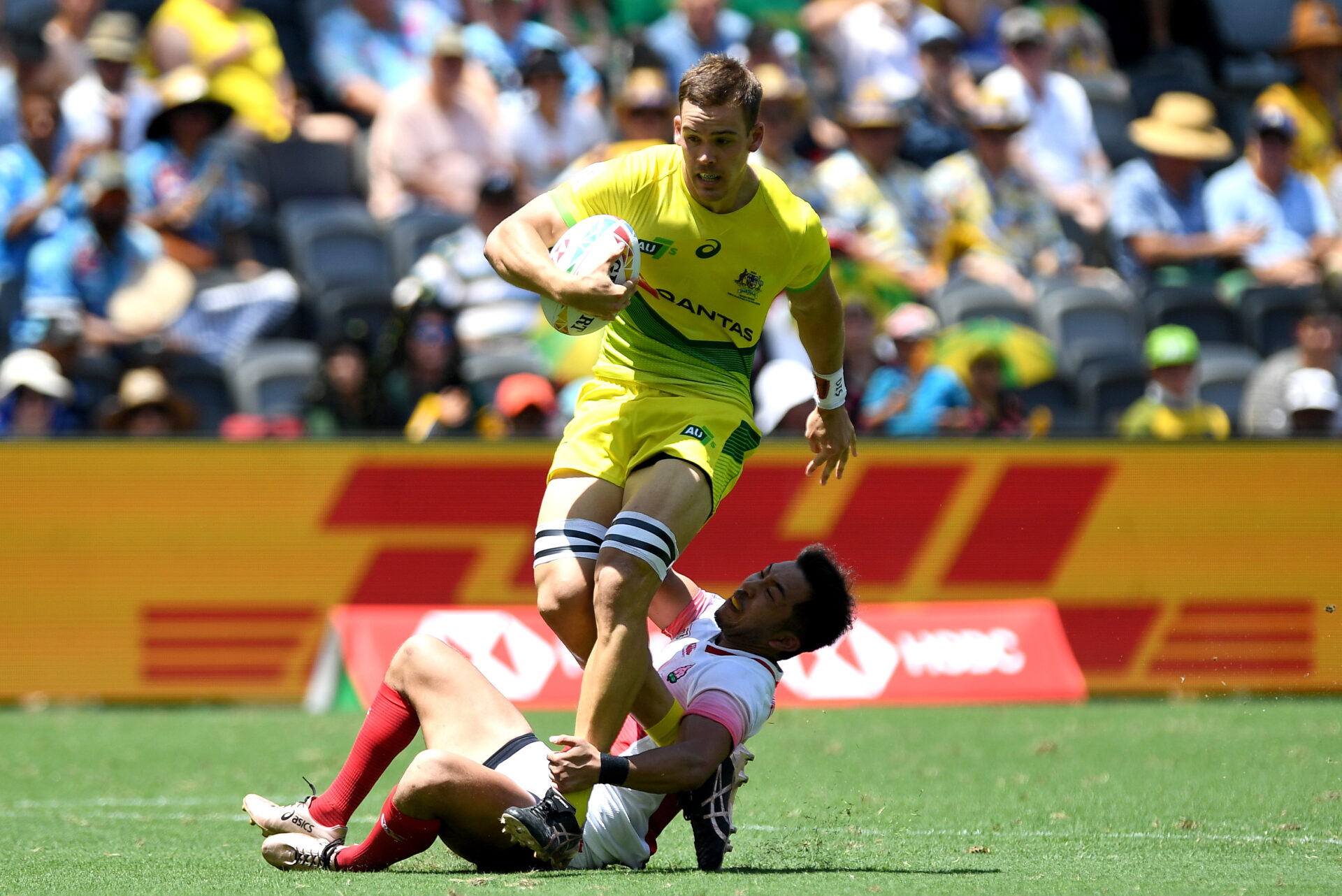 Joe Pincus of Australia attempts to break away from the defence during the 2020 Sydney Sevens match between Australia and Japan at Bankwest Stadium on February 01, 2020 in Sydney, Australia. (Photo by Bradley Kanaris/Getty Images)

We’re so excited to have the Aussie 7’s Road to Tokyo Domestic Tournament joining us at SportUNE’s Bellevue oval in a few weeks and we thought we would take this opportunity to speak with a few of the team!

Joe Pincus, originally from Gold Coast, Queensland, made his debut in the world series, London, 2018. Since then he has proven himself as one of Australias best performers in the game.

Let’s get to know Joe a little…

When did you first start playing Rugby Union?

Where does your passion for Rugby come from?

My passion for rugby started from the fun I had while playing with and against my friends at school and University. Playing with my brother for a few years after school also grew my love for the game. Although I still feel that same enjoyment, I think my passion for trying to grow the game of 7’s in Australia and to contribute everything I can to the program is what drives me now.

You made your AU7s debut in London 2018, can you tell us a little about this?

I don’t remember much from my debut because I was so nervous but in my first start, I remember the captain at the time Lewis Holland calling out to me when I was on the wing during a lineout. He told me he was going to put a kick through for me and luckily it sat up just right and I scored my first World Series Try. I also remember seeing my parents and brother in the stands after the game which was great. 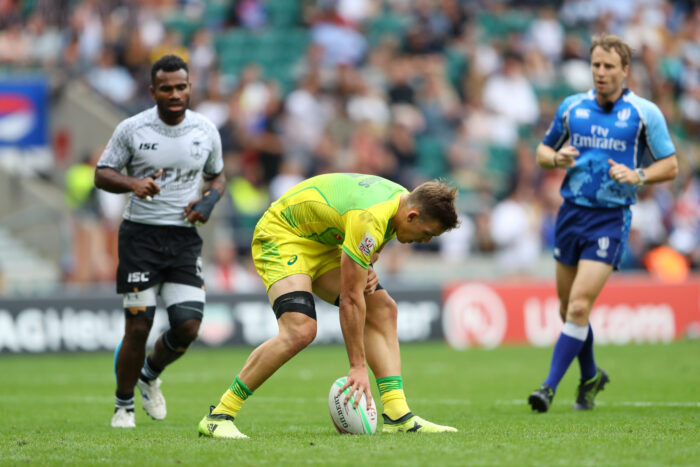 Joe Pincus of Australia scores a try during the cup final match between Australia and Fiji during the HSBC London Sevens at Twickenham Stadium on May 26, 2019 in London, United Kingdom. (Photo by Warren Little/Getty Images)

How do you think you have grown as an athlete, in the past few years?

I think my attitude towards training and the 1%’s has been a massive change for me as I have trained in a professional program. There are so many choices throughout the day that can define how well you will perform and always having your goals in mind is so important.

I also think I quickly developed a sense of gratitude for the lifestyle we have and how lucky I am to do what I do. Sometimes it can be hard to see that when you are first in the program and are still trying to get used to the workload.

What would you like to see yourself doing in the next five years?

In the next 5 years, I would love to have contributed to potentially 2 successful Olympic campaigns. I want to keep growing as a player and a teammate and continue to learn and improve my game. I would also like to be involved in growing the game of Rugby in Australia.

Away from the field, I am hoping to finish my undergraduate degree in the next few years and potentially start my master’s.

What does a week of training usually look like for you?

A week of training generally consists of 3 main field sessions, 4 main gym sessions, along with specific skill sessions focusing on contact, speed, set-piece, and skills, as well as a whole lot of review, recovery, and training preparation in-between. The format of 7’s tournaments is always changing though, so we have to be very adaptable in the way we train.

It’s hard to imagine what sort of nerves you must feel before a big game! What techniques do you use to control these nerves and get yourself focused?

I think getting to the point before the game where you are confident in your knowledge, gameplay, and teammates almost negates the need to be nervous. Because, you will never be in a position you aren’t prepared for, but it’s definitely still something that can affect how I play.

Accepting the nerves as something that is going to make me play better helps. Getting plenty of positive interactions with my teammates in the warmup is great to get me up for a game as well.

Have you got any tips or tricks we can pass on to students with aspirations to pursue high-level sport while studying at university?

Having the ability to switch off from training for a while and focus on other skills is important and I think that comes down to organisation.

The Aussie 7’s event in Armidale is approaching, we know you’re not competing, unfortunately, due to an ankle injury, but is there anyone, in particular, you’re looking forward to seeing play?

The Aussie 7’s are playing a few games against the NSW, QLD, and Pasifika 7’s sides. It’s been about a year since a lot of the boys have played games of 7’s so they are going to be roaring to go and kick off the Olympic year. With the uncertainty around tournaments before the Olympics, every minute on the field is going to mean a lot and Armidale will provide a perfect setting for it.

I think Maurice Longbottom and Lachie Miller are two of the most exciting players in Australia in any code so I’m sure they will put on a show as usual.

An event of this caliber, in the lead up to the Tokyo Olympic games, is a really exciting opportunity for us to host and a great opportunity for Armidale to shine. – David Schmude.

Thank you so much for taking the time to chat with us Joe, all the best with your studies, and your journey forwards with the Olympic campaign, we’re looking forward to watching the game with you from our awesome Bellevue Grandstand!

Don’t miss the opportunity to watch and network at this fantastic weekend event,
in the lead up to the Aussie 7’s Road to Tokyo Domestic Tournament.

Check out the Facebook event for all of the details!