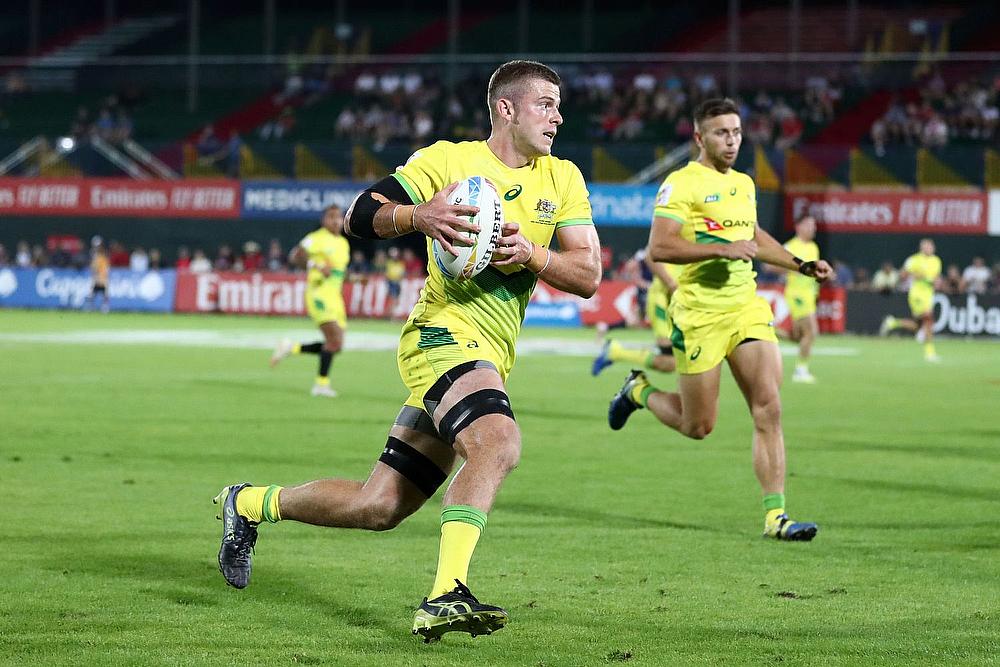 The countdown is on for the Aussie 7’s Road to Tokyo Domestic Tournament here at SportUNE’s Moran Oval (yes there was a slight venue change – but everything is set to go). We recently chatted with Aussie 7 team’s captain Nick Malouf.

Nick is originally from Brisbane, Queensland, but has recently returned to the Australia and is now competing in the Men’s Sevens fold, after a two-year stint with English Premiership side Leicester.

Let’s get to know Nick a little…

When did you first start playing Rugby Union?

I’ve always loved being part of a team and rugby was the sport my best mates at primary school were playing. So, I first played in the Under 10’s at the Sunnybank Dragons Rugby Club in Brisbane with my mates.

As soon as I got involved I fell in love with the game for what it offers both on and off the field.

In your career you’ve had some incredible opportunities, travelling the world, representing Australia at the Rio Olympics – can you tell us a few stand-out moments as your time as a professional athlete?

I think every time I pull on the Australian jersey it’s a very special occasion and the more I’ve had an opportunity to do it, strangely the more I’ve understood what a privilege it is

A couple of things that stick out to me playing 7’s for Australia would be my debut when I was 19 in Dubai, the Olympic Games in 2016, and being named captain of the team in 2020.

Apart from that, I’ve been lucky enough to debut for the Waratahs in super rugby in 2020 & played a season in the English Premiership for the Leicester Tigers

Since starting with the AU7s team, how do you think you have grown as an athlete?

What do the next five years look like for you?

If all goes to plan then it’ll be 2 gold medals, one in Tokyo & another in Paris! I love the game of 7’s and hope I can stay with the team for another Olympic cycle, that would be great.

What does a week of training usually look like for you?

We usually have 3 main training days where we spend 1-2 hours on the field, but my week also includes; gym sessions 4-5 times a week, video review sessions 3 times a week, we also do shorter more specific skill sessions 4+ times a week and have plenty of recovery, stretching & nutrition to be ready to go every day.

Do you get nervous and if so, what techniques do you use to get yourself focused?

The biggest thing for me is working as hard and diligently as I can at training every day to give me the confidence to play well when I get out on the field. Knowing you’ve done the work gives you a sense of calmness that all you’ve got to do now is execute.

It also helps that I’ve got a few caps under my belt now, but I still get nervous, which isn’t a bad thing –  it means you care!

Have you got any tips or tricks we can pass on to students with aspirations to pursue high-level sport while studying at university?

For me, the main thing is to pick something that you’re passionate about and enjoy, cause if you don’t love what you’re doing then it’s going to be bloody hard to dedicate hours of training and hard work to achieve your goals.

From there I think it’s all about how much you want to apply yourself. There’s no substitute for hard work and lastly take any opportunity you can and make the most of it – you never know who’s watching or who might hear about what you’re doing.

You’ll be playing in Armidale in a few weeks – what should we look out for?

The event is going to be great, it’s an Olympic preparation tournament for us, against some of the best players in Australia.

Come along and see if it’s a game that you might like to get involved in the future. Hopefully, we play a style of Rugby that connects with you and you’ll want to support us a bit more closely in the future!

I would suggest you definitely watch out for Maurice Longbottom, he is a special player and widely renowned for having the best feet on the circuit!

Thank you so much for taking the time to chat with us Nick, we’re really excited to be hosting such an important game here in Armidale and can’t wait to see you and your team in action, at this game and in the future!

Don’t miss the opportunity to watch and network at this fantastic weekend event,
in the lead up to the Aussie 7’s Road to Tokyo Domestic Tournament.

Check out the Facebook event for all of the details!