When is the best time to exercise?

An age-old debate in the health industry is what time in the day is the best to exercise?

I have always been an avid afternoon gym goer – mainly because (1) I’m not the best early worm and (2) I enjoy moving my body after a long day in the office. However, I am also very good at finding excuses to skip the post-work gym. The usual excuse being other commitments and just complete exhaustion some days.

For so long, I had contemplated shifting my schedule to waking up earlier and hitting the gym – only to hit the snooze button instead. When I first researched the benefits of morning exercise and compared it to research on the benefits of evening exercise, I was left feeling even more indecisive… because there wasn’t a blatant reason that truly convinced me of a solution.

First things first – no matter what time of day you exercise, it’s important to note the plethora of benefits regular physical activity has on our physical and mental well-being!

According to Noma Nazish for ForbesLife, consistent exercise can help to decrease body fat, increase muscle and bone strength, improve cardiovascular health, boost your immune system, and of course, reduce stress and improve sleep – what’s not to love.

Now let’s explore the benefits behind morning and evening exercise.

What does the team at SportUNE think?

We asked some of the SportUNE staff and members what their favourite to exercise is and why!

“I am a morning person and love to get up early! It gives me energy for the day. I would not have the energy to exercise in the afternoon after a long day. Win the morning, win the day I say!” – Merlee 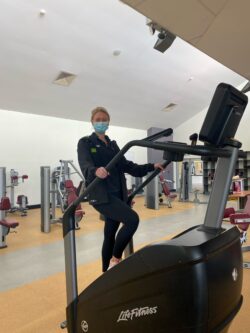 “I like mornings. I feel more energised for the rest of the day because after midday I get tired and want to sleep. But I will also train in the afternoon and often feel a lot better if I had a bad day.” – Justin 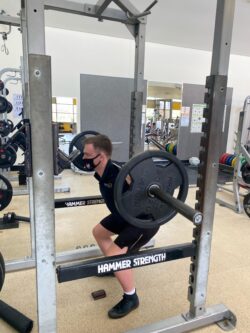 “I enjoy training in the mornings. It gives me energy and starts the day off right. I feel like I’ve accomplished something already.” – Sathvik 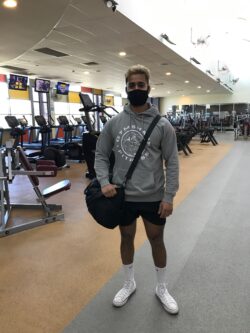 The morning sounds pretty good for those looking to start their day on a brighter note as the SportUNE staff and members have suggested above… so how does evening exercise compare? Let’s take a look. 👀

What I can conclude is that my best workout is the one I just do. A consistent exercise routine and diet is how you will see results whether your goals are weight loss or strength gains. The research will suggest that morning exercise can increase fat-burning properties, whilst evening exercise can increase strength gains. But it’s important to note that whatever time you decide to exercise is a time that you can consistently meet and include as part of your daily routine. Professional trainers will mention that just like your body knows when to wake and sleep at the same time every day, your body will also know when it’s time to exercise if you maintain a routine.

It’s a matter of finding the routine that best suits you and sticking to it!

The information in this article is intended for informational purposes only and should not replace health or medical advice. We advise consulting a doctor with any health-related questions you may have.

We offer a range of group fitness classes throughout the week! See the timetable by visiting our website or speaking to one of our friendly staff members on (02) 6773 3856